Get the Magazine
How-To's 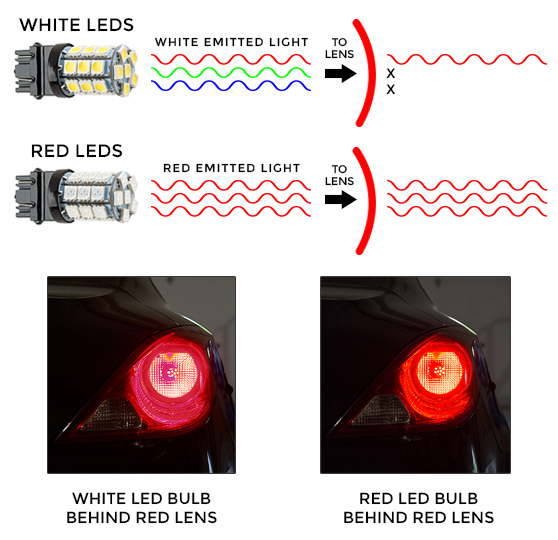 The science behind light is actually pretty simple. It is something we were exposed to by science teachers since we were kids as soon as a prism was given to us—or someone saw the album cover of Dark Side of The Moon.

White light is created by merging all of the colors in the spectrum together. By using a prism to break down white light, you’ll see the full spectrum of the rainbow that you may have previously learned as ROYGBIV. Say it with me now: ROY-G-BIV. Yep, we’re dusting off the cobwebs in that corner of your brain now. For those not familiar with this acronym, ROYGBIV stands for red, orange, yellow, green, blue, indigo and violet, the colors of the rainbow in order.

In today’s marketplace, every LED manufacturer offers different colors that their lights can be purchased in, and it is important for you, as the consumer, to know exactly how separating light works so you can make a smart purchase with your hard-earned money. Now, let’s go back to that prism.

Since white light is made up of all the colors of the spectrum, it makes sense that we could put a yellow lens in front of something that is creating white light and get yellow light. How that works, however, is that the lens is acting as a filter, only letting through the filter’s color of light. Based off of that thinking, what do you think is going to provide you with the most amount of lumens? A white light with a yellow filter? Or an LED that creates yellow light from the get go?

If you guessed a yellow LED, you are correct. Each color of light is referred to as a wavelength, and each one of those wavelengths have their own energy behind it. If you are blocking many of those light wavelengths with a color filter, you are stopping that energy right at the colored filter itself and not letting it travel through. Now that super bright white light is only producing a fraction of its lumens due to energy loss. If you start with the color you want, with a diode that is producing that color, you can get the maximum amount of lumens from the source possible.

So if you are taking a look at yellow fog lights, or wondering why a red bulb looks better in your taillight than a white one, you now know the science behind it.